This article is about the tier 2 raid. For the summon stone, see Medusa. 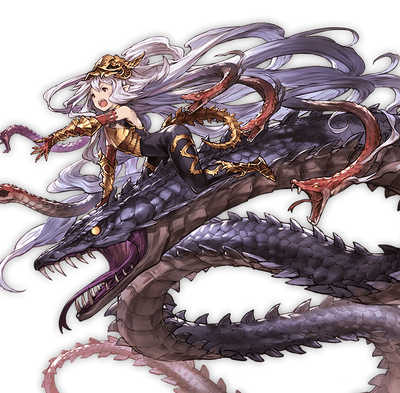 Medusa is a tier 2 raid who can be summoned from Lumacie Archipelago at the eastern area, Nameless Ruins, Blackmoon Forest. If you own the Medusa summon, hosting and defeating Medusa will unlock the summon's blue star.

Earth Urn, which are required to 4* uncap Yggdrasil Omega weapons.

Retrieved from "https://granblue.fandom.com/wiki/Medusa_(raid)?oldid=26152"
Community content is available under CC-BY-SA unless otherwise noted.